All of us are aware of the common problem of snoring. But, what is relatively unknown to most, is that many of the snorers are affected by sleep apnea. Sleep apnea is a medical condition in which the airway is blocked or the muscles that help breathing cannot move. In both cases, the breathing halts and restarts, resulting in breathlessness and irregular heartbeat. In some cases, this scenario is repeated multiple times each night. 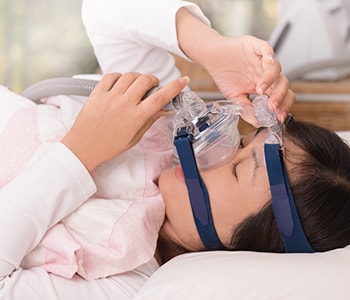 Uneven breathing results in sleep apnea patients having a disturbed sleep, due to which persistent fatigue and exhaustion may ensue. Patients may also experience cardiovascular disorders over time. Sleep disorders are known to impact many people suffering from cardiovascular disease, people distressed with high blood pressure as well as people coping with heart failure, atrial fibrillation (irregular heartbeat), and stroke.

According to medical experts, neglecting sleep apnea may significantly increase the chances of death from heart disease. Patients should choose an experienced dentist providing sleep apnea treatments in Nashua.

Obstructive sleep apnea (aka OSA) – the most prevalent form of sleep apnea – is caused when the airway is blocked during sleep. Obese people may have sleep apnea owing to more fat in their throats, but many suffering from OSA are slender.

If unchecked for long, OSA puts the heart and circulation in the way of harmful stimuli, which may again be a cause of developing cardiovascular diseases.

The chain of events is like this: When your breathing is obstructed, the oxygen level lowers. This makes the body release epinephrine (aka adrenaline), which is a stress hormone. When this process repeats over time, adrenaline levels are always high leading to high blood pressure.

Fortunately, there are several effective treatments for OSA. One of the most common solutions is continuous positive airway pressure (or CPAP). This treatment involves bedside machinery which delivers a steady air stream via a face mask. This prevents blocked airflow. Although the patient may have difficulty adapting to the mask initially, but once familiar, many people term it “transformative” and report that they feel much better. Researchers also indicate that CPAP treatment for OSA may boost heart function and reduce the cardiovascular complications risks.

Customized mouthpieces are a popular form of treatment. These devices help the jaw move forward and keep the air passage blockage free. Other devices that attach to the nostrils and force the airways to remain open are under development.

Some individuals may also benefit from shedding excess body fat, reducing alcohol consumption, or avoiding medicines that relax muscles; and report better sleep. The best way to treat an individual will eventually depend on the root cause of the sleep apnea. The root cause can be isolated by an expert who specializes in sleep disorders.

Another form of sleep apnea, known as central sleep apnea (or CSA), is usually found in people with heart failure, which leads them to retain sodium and water. Doctors believe that these surplus fluids invade the lungs, resulting in individuals awakened gasping for breath.

CSA appears to occur due to an unstable respiratory control system, and is probably a consequence, rather than a cause, of heart failure. Elderly adults, men, people suffering from atrial fibrillation have higher chances to suffer from CSA. CSA treatment involves closer introspection for the root cause and subsequent treatment.

Could you suffer from sleep apnea?

Irregular breathing rhythm or loud snores are often the symptoms diagnosed with sleep apnea. Although often neglected, too much daytime sleepiness is also a prevalent symptom.

Feeling drowsy all day is not natural for people of any age. If you find it hard to stay out of bed or find yourself dozing off at any time of the day, and feel lethargic, consulting a doctor to get a sleep study is always wise. Your condition may be treatable. For sleep apnea treatments in Nashua, consult with an experienced dentist.

Not everyone who snores has sleep apnea, however. There can be various other issues that may be causing these symptoms. The best way to be certain is to undergo an overnight sleep study in a sleep clinic. All through the night, information is gathered using the electrodes attached to the head and chest. This information is silently transmitted to a central station, where it is decoded by sleep experts.

Back to Obstructed Airways and Sleep Apnea Page

Meet the experts at Nashua Cosmetic and Restorative Dentistry

With extensive education, training, and clinical experience, Drs. Smith, Whitcomb, and Byer are renowned for their skills and expertise. They have treated thousands of patients. The level of skill of our team makes us a wonderful resource for those with basic needs as well as for patients facing complex issues with oral health. Giving ample time to each consultative visit, we get to know you, your smile, and the obstacles you are facing in your quest for optimal oral health and beauty. Through detailed investigation, we come to conclusions that lead to the most effective treatment for your smile needs.